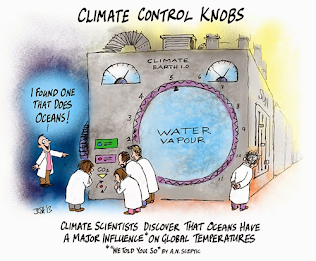 "When He utters His voice, there is tumult of waters in the heavens, And He causes the clouds to ascend from the end of the earth; He makes lightning for the rain, And brings out the wind from His storehouses" (Jeremiah 10:13).

Hey Gang:  Does anyone out there have a mowing machine with pontoons instead of wheels?  We are blessed to live at the bottom of a water shed and not only get direct delivery services from the heavenlies but also the run-off from my neighbors; it is usually mid-June before I can get into a major portion of my lawn.

This year it has been especially bad, (2022 as well!) and the grass rapidly grew beyond the capacity of my mower to solve the problem.  So, I did some research as to which would be best, to hire a local farmer to bring his combine in or rent a herd of goats to spend a week or so getting it under control.  There are some advantages to the goat herd idea, it negates the need to fertilize.

If you are an avid news follower I suspect you, like I, am getting kind of burned out on this thing called "climate control".  According to the climate control advocates, if we don't do something yesterday to reduce our use of the various products that are causing the problem, we will all turn to ashes within a fortnight.

Now I admit I have a problem with that theory.  You see, I believe God is at the controls of the universe and totally controls the winds, the rains, the sleet, the droughts but mostly the temperature.  Several years ago, it was reported that Polar Bears were becoming extinct because the ice was melting and there were no ice flows for them to live on.  Last week another writer wrote an article on the problem the Polar Bears are having this year, the ice is so thick that the seals cannot break through the ice, endangering the food supply for the bears.

It is like the story of two rabbis who were discussing the many ‘things to come’ theories, and for each topic brought up for discussion, there were four opinions.    It brings to mind the words of Paul in his second letter to Timothy, "…men will ever be learning but never able to come to the knowledge of the truth” (2 Tim 3:7).  Paul did not stop there, he went on to warn us, "Just as Jannes and Jambres opposed Moses, so these men also oppose the truth, men of depraved mind, rejected in regard to the faith" (vs. 8).

I suspect a large part of the problem is that many folks believe the media controls the weather and what they write is gospel truth.  Well, my blood pressure will not allow me to get into that this morning.  I would rather share truth, nothing but the truth, so help me Father God. He gives us the assurance it is not how much coal we burn or how many cars pollute our air that controls the thermometer, He is still Sovereign!

Soooo, you have a choice to make this morning: you can listen to the so-called climate control authorities, and the press with its horror stories, or you can turn to God's Word  and learn about the One who controls the climate.  The Bible is filled with wonderful examples of God's mastery over the winds and weather.  One of my very favorites came when the disciples were fearful that they were going to visit Davy Jones at the bottom of the Sea of Galilee Jesus, sleeping through the terror, was awakened and said, "Wind be still” and the wind was stilled.

The disciples’ response to this awesome experience? "Who then is this, that even the wind and the sea obey Him" (Mark 4:39-41).   As for me and my house, we will put our trust in the Lord to be our ‘Climate Controller’. How about you?

Posted by Gramp's Morning Thoughts at 5:19 PM No comments: